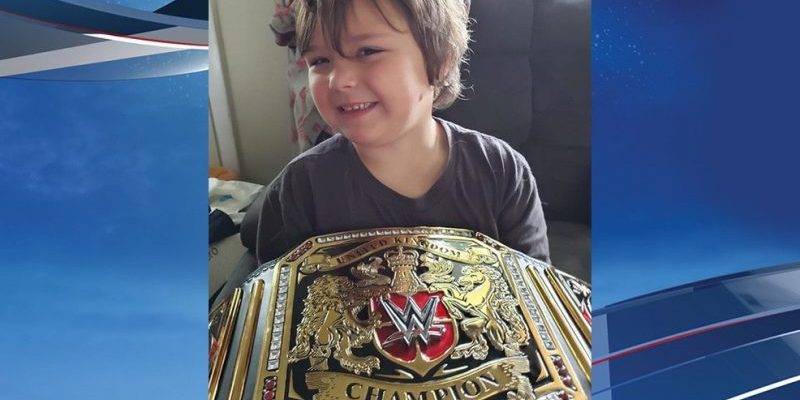 Earlier this week, KIRO 7 News in Seattle reported a very devastating story about 5-year-old Timmy Vick having his two WWE championship replica belts taken away from him. According to the news report, Vick is supposed to undergo brain surgery, due to a brain tumor. His request, like any child, is to have some type of prize procession in honor of the battle he was going to have to face.

Sports memorabilia artist, Serg More, of Edgewood, Washington, offered to take the two WWE titles and create them into a personal replica for Vick. Before More was able to retrieve the two packages sent to him to customize, two women walked up to his front porch and took them.

News of this horrific incident surfaced the Internet, causing for people to try to come together and find these two women. On Wednesday morning, the two women surrendered by leaving the two boxes on More’s door with an apology letter.

“We are so sorry for taking your stuff,” the letter stated. “Never in a million years would I have expected I would have stolen from a sick five year old… I am ashamed of what I did.”

Even though they returned the packages, the Edgewood Police Department would like for the two women to turn themselves in, but more specifically, speak to the police about what happened.

“While we are grateful that the suspects returned Timmy’s belts, we would still like to talk to them,” deputies said. “So if you know who they are, we are counting on you to also do the right thing and call or message the Edgewood Police Department.”

On a bright note, the Edgewood Police Department are excited for what More will do with these belts, and how Vick will react to it.

“We can’t wait to see Sergio’s handy work after he completes these belts and ships them off to Timmy Vick who is patiently waiting for them!” Edgewood police said.