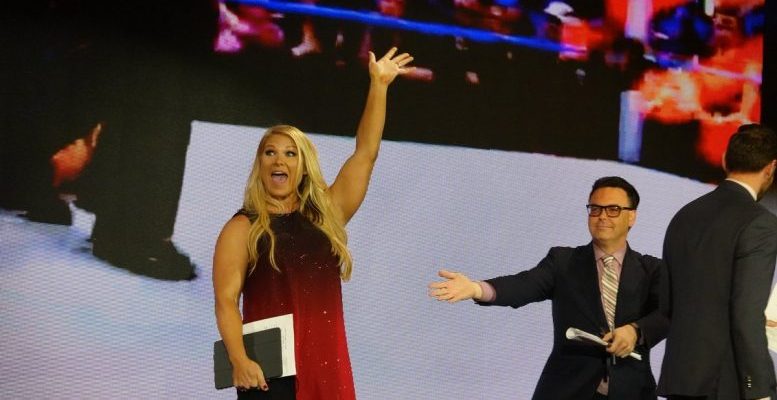 The NXT announce desk has undergone a minor shakeup, as Beth Phoenix is now part of the team.

Phoenix’s addition to the broadcast team was announced at the top of the NXT TV tapings on Wednesday when she joined Mauro Ranallo and Nigel McGuiness behind the headsets.

As you may recall, Beth has been doing commentary more frequently in WWE. This includes the second Mae Young Classic and Mixed Match Challenge. She also recently returned to the ring at WrestleMania alongside Natalya when they competed for the Women’s Tag Team titles.

No word on what this means for Percy Watson’s role going forward.