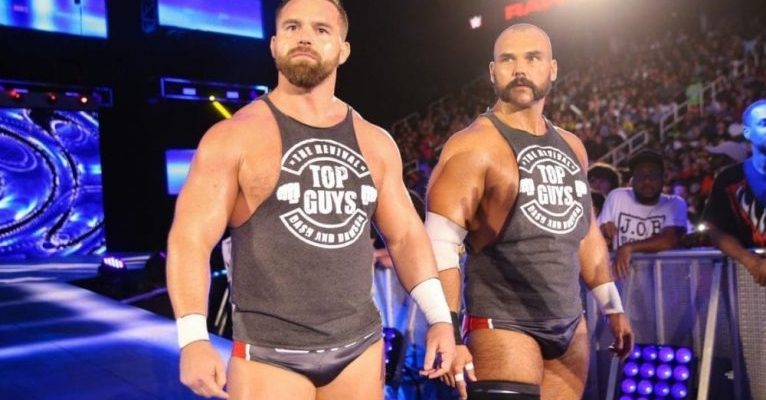 Dawson and Wilder were reportedly offered new contracts that would run for 5 years, worth $500,000 per year, according to Fightful. The report was confirmed by Dave Meltzer of F4Wonline.com. The deals were not accepted, at least as of this week. Meltzer added that tonight’s RAW “may give you WWE’s reaction to that.”

WWE Hall of Famer Jim Ross, who now works with AEW, recently mentioned in an interview that WWE had re-signed an undercard performer, who’s not currently on TV, to a $500,000 deal to keep them from going elsewhere.

There’s no word yet on if The Revival will be sticking around with WWE, but it’s been reported that they requested their releases back in January after being unhappy with how they were used. They ended up winning the titles and getting a WrestleMania 35 appearance after that. They then dropped the RAW Tag Team Titles to Zack Ryder and Curt Hawkins. Dawson and Wilder look to be feuding with The Usos next on the red brand.

It was noted that as of this afternoon, it did not look like The Revival had plans to accept the deal. They were to meet with WWE officials this afternoon at RAW.