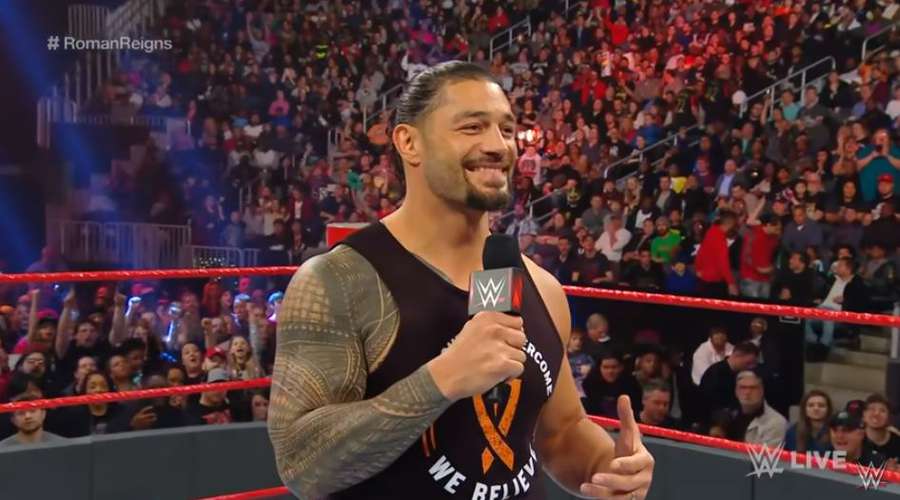 Roman Reigns made his WWE return on last night’s RAW in Atlanta, his first appearance since announcing his second battle with leukemia and relinquishing the WWE Universal Title back in late October 2018.

Reigns opened the show to a major pop and announced that he is now in remission and that he is back.

Later in the show Reigns and Seth Rollins came to the rescue of Dean Ambrose who was getting beat down by Drew McIntyre, Baron Corbin, Bobby Lashley and Elias.