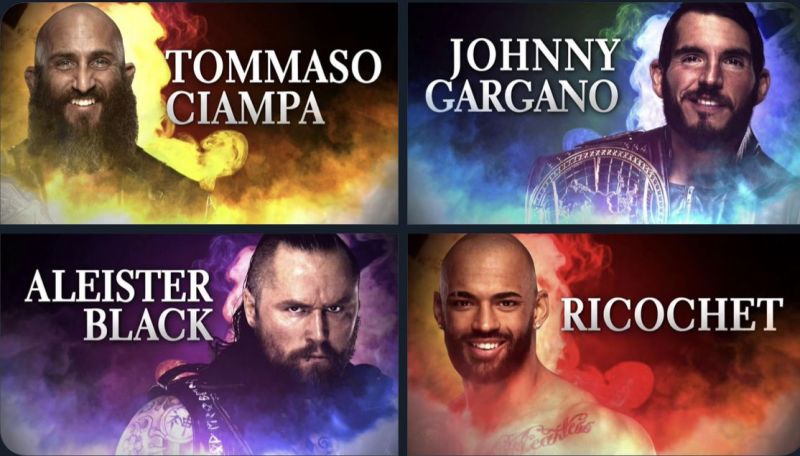 Last night in the opening segment of RAW, Triple H announced that NXT Stars – Ricochet, Aleister Black, Johnny Gargano and Tommaso Ciampa would debut on RAW later in the show.

Video packages were played to hype each competitor.

The footage WWE shared on social media was captioned “Triple H introduces WWE’s newest Superstars” and Michael Cole welcomed them to WWE, so it sounds like a permanent call up. No word on what this will mean for Ciampa’s current NXT Championship run and Gargano appeared on RAW as the NXT North American Champion.

Ricochet teamed with WWE Intercontinental Champion Finn Balor to defeat Bobby Lashley and Lio Rush in tag team action. The match was made after Ricochet saved Balor from a double team by Rush and Lashley. The match saw Ricochet get the pin on Rush after hitting the 630 from the top rope.

Aleister Black interrupted Elias then went on to defeat him in a singles match.