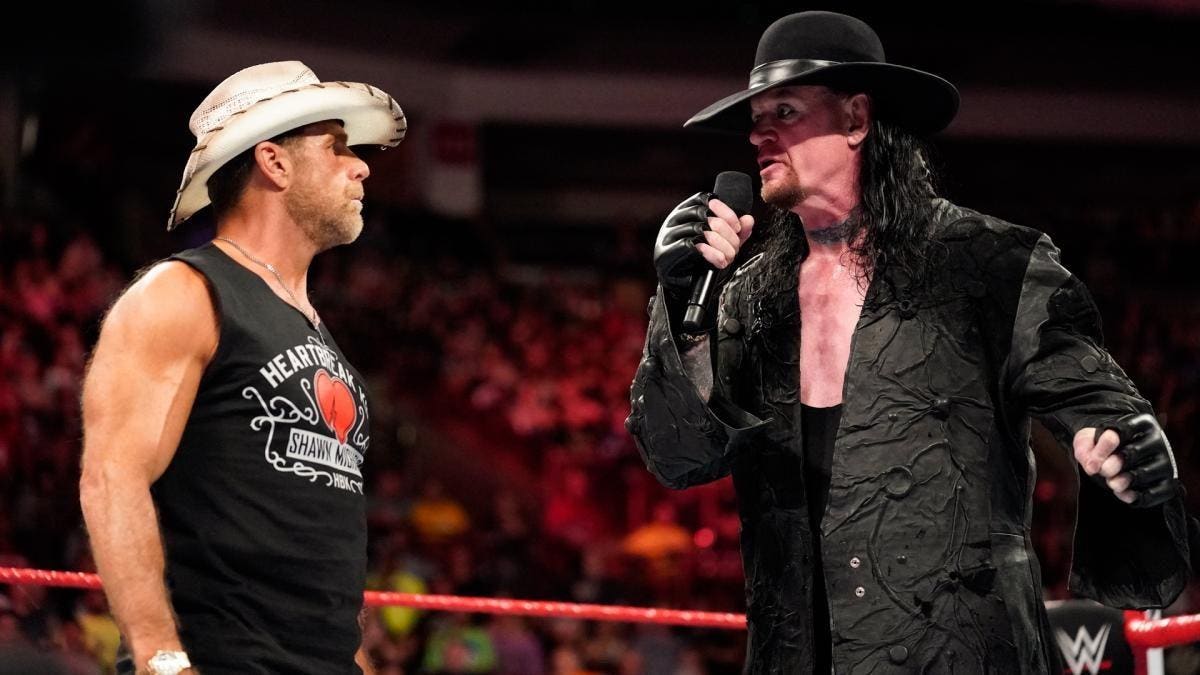 The Undertaker (video below) made his return to WWE RAW last night in Columbus.

Undertaker confronted WWE Hall of Famer Shawn Michaels, who issued a warning to Undertaker about facing Triple H at the upcoming Super Show-Down event in Australia.

While promoting that upcoming match on October 6, the two teased a possible match with Michaels stating he stayed retired out of respect for Undertaker.

“Michaels says he is a man of his word. Somebody had to restore faith in the system and stand and be committed to the words they spoke. Anyone can talk, but they go back on their word after a while. Michaels doesn’t do that. Michaels has stuck to his retirement because he’s a man of his word. Michaels has stayed retired out of respect for the system, the fans, and for The Undertaker. A “One more match” chant picks up. Michaels says every time he steps into an arena, he hears that chant. Undertaker cuts him off and asks if he’s really talking about respect. Michaels says for nearly a decade they’ve clamored for one more match. Half the locker room has beaten down his door for a dream match against him at WrestleMania. Michaels has turned down millions of dollars for one more match. Michaels has stayed retired out of respect for The Undertaker. Another “One more match” chant picks up. Undertaker just stares at Michaels. Michaels turns his back, and Undertaker asks him if it’s respect or fear. Michaels turns and looks furiously at him.”