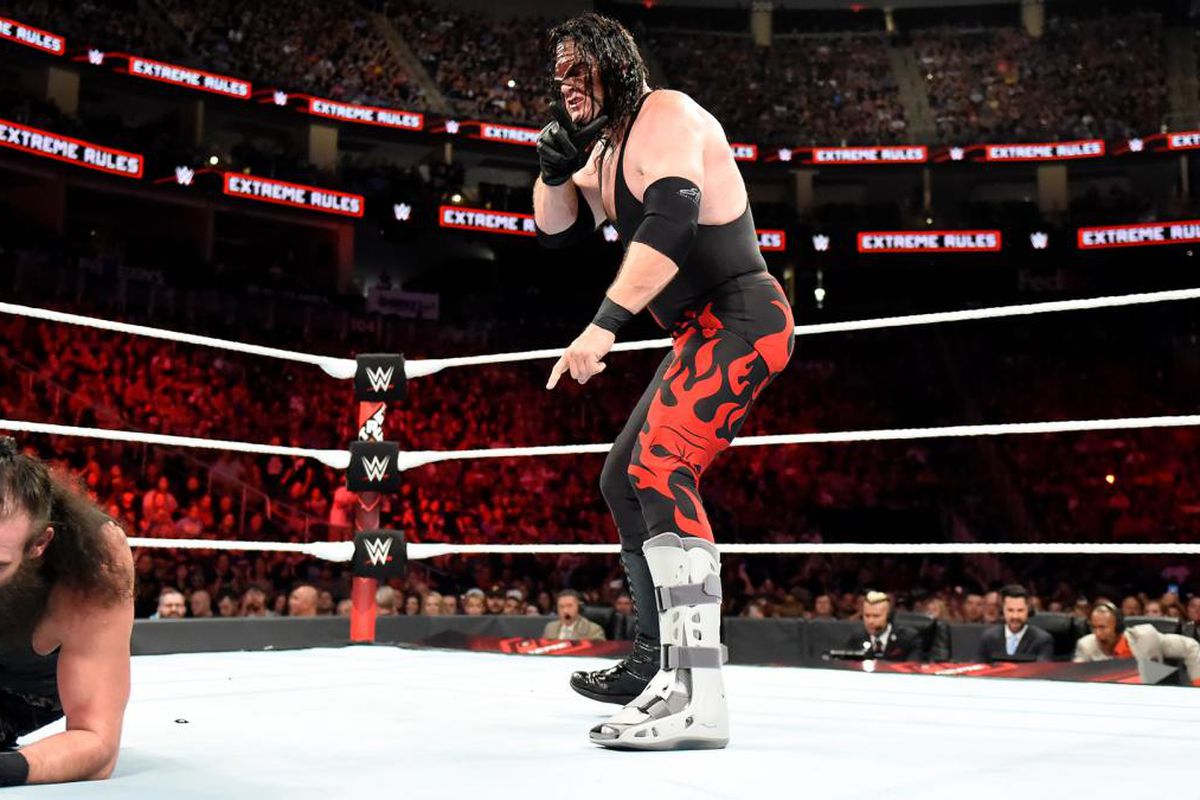 As noted, WWE did the injury angle with Team Hell No at Extreme Rules because Kane had been suffering from a legitimate injury to his left foot. WWE later announced that Kane suffered a broken ankle in the attack from SmackDown Tag Team Champions The Bludgeon Brothers.

In an update on Kane’s status, PWInsider reports that he suffered an injury to his Achille’s tendon on the Extreme Rules go-home edition of SmackDown this past Tuesday. This is why Kane was wearing the walking boot earlier in the day before Extreme Rules.

No word on exactly when Kane suffered the injury during the show but the go-home SmackDown show featured he and Daniel Bryan brawling with Rowan, Harper and SAnitY, which set up a 10-man main event – Team Hell No teaming with The New Day to defeat SAnitY and The Bludgeon Brothers.

Kane is not expected to be back on WWE TV anytime soon as he’s preparing for the final push of his campaign to become the Mayor of Knox County, Tennessee this fall.