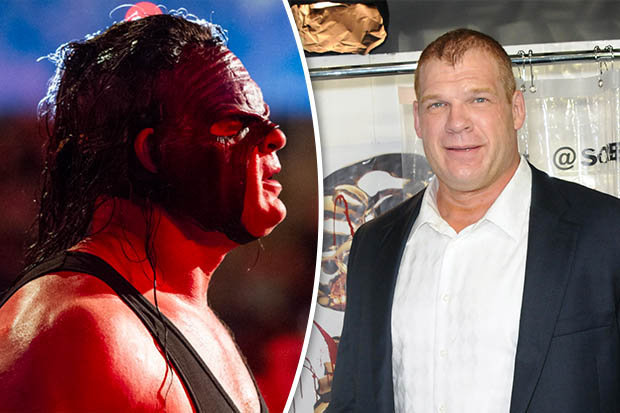 In March of 2017, Glenn “Kane” Jacobs announced that he was running for Mayor of Knox County, Tennessee. For the past two years, the 51-year-old Kane has been transitioning out of his near 25-year wrestling career into a career in politics.

During his campaign, Kane has made sporadic appearances for WWE, including attacking Roman Reigns during his steel cage match against Braun Strowman last October, commencing feuds against Braun Strowman and Finn Balor, and competing against Strowman and Brock Lesnar at this year’s Royal Rumble for the Universal Championship. He was also a part of the Andre the Giant Battle Royal on the Kickoff Show of WrestleMania 34 in April.

In May, Kane’s campaign led him to successfully winning (by a margin of just 17 votes) the Republican primary for mayor of Knox County, Tennessee. En route to the election in August, Kane made another WWE return by moving to SmackDown Live and reforming his Team Hell No partnership with Daniel Bryan.

While WWE fans were very receptive of Kane returning, his political opposition, Democratic candidate Linda Haney, felt that it was not a good strategy in hopes to become mayor.

“I was really stunned to find out he was still pursuing it,” Haney stated, according to the Knoxville News Sentinel. “I thought it was in the past. I thought in this crucial time he’d want to be here and be with the people. Being an entertainer doesn’t make you a political figure. It may get you some votes, but I believe people want someone with common sense and who is [ready to lead].”

Speaking to Newsweek, Kane defended his decision to resume his career as a professional wrestler.

“After I am elected mayor, I’ll be mayor,” said Jacobs. “I’m sure some people will say that (I’m not focused) and some others will say that’s the coolest thing ever. Again, you can’t make everyone happy. You just do what you can and that’s it… you’re always going to catch criticism no matter what you do.

“I may still do a few special things [in wrestling, if elected]. I’ve done it for 23 years now and have quite a history, it’ll always be part of my life. I think the question is if I am taking [running] seriously, and of course I am. I wouldn’t [be running] if not.”

At Extreme Rules, Kane will have an opportunity to add the SmackDown Live Tag Team Championships to his long list of WWE titles, as he and Daniel Bryan will be competing against The Bludgeon Brothers.