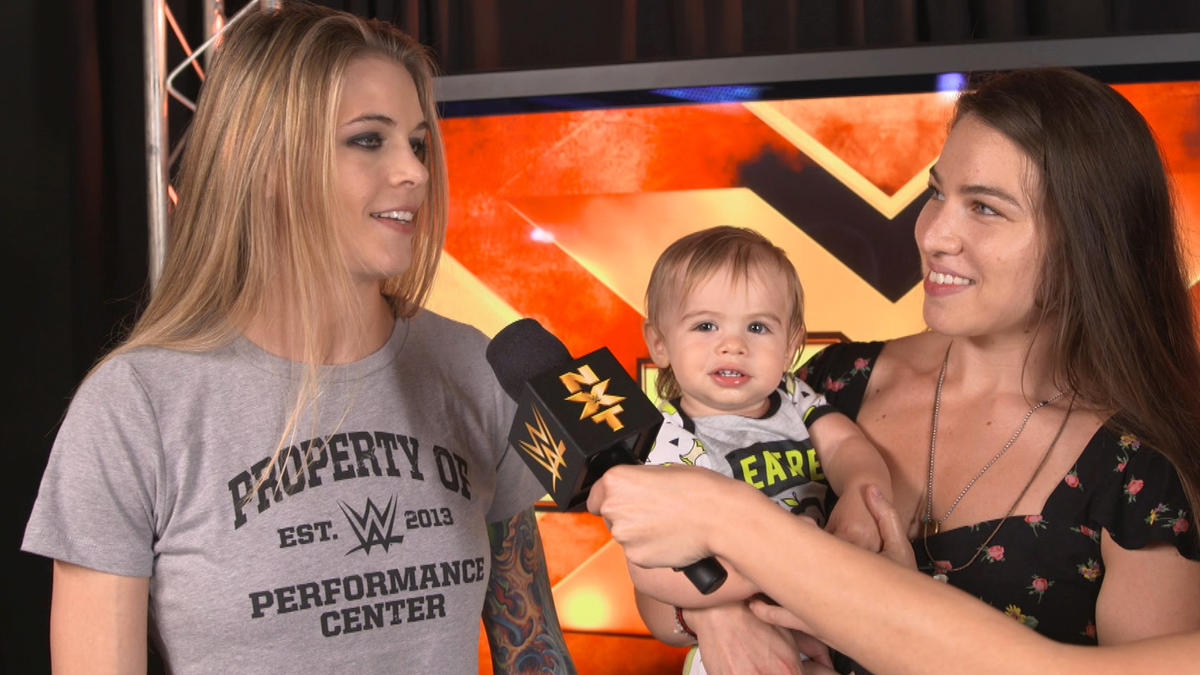 As noted, WWE recently signed Marina Shafir and Jessamyn Duke, putting all four of MMA’s Horsewomen in the company as they already have Ronda Rousey and WWE NXT Women’s Champion Shayna Baszler signed. Below is new backstage video of Cathy Kelley talking to Duke and Shafir. Shafir brought Troy along for the interview, who is her son with NXT Tag Team Champion Roderick Strong.

Shafir says it’s been brutal since signing with WWE but they are elite athletes and they get right back up. They hope to have similar success as Rousey and Baszler but as elite athletes this is just another place to conquer. Duke says the other Horsewomen have set good examples and they hope to accomplish similar things. Regarding the Mae Young Classic confrontation with WWE’s Horsewomen, Shafir hopes the training will lead to something between the two groups. Duke calls them the “Faux” Horsewomen and believes that something will happen in the future.