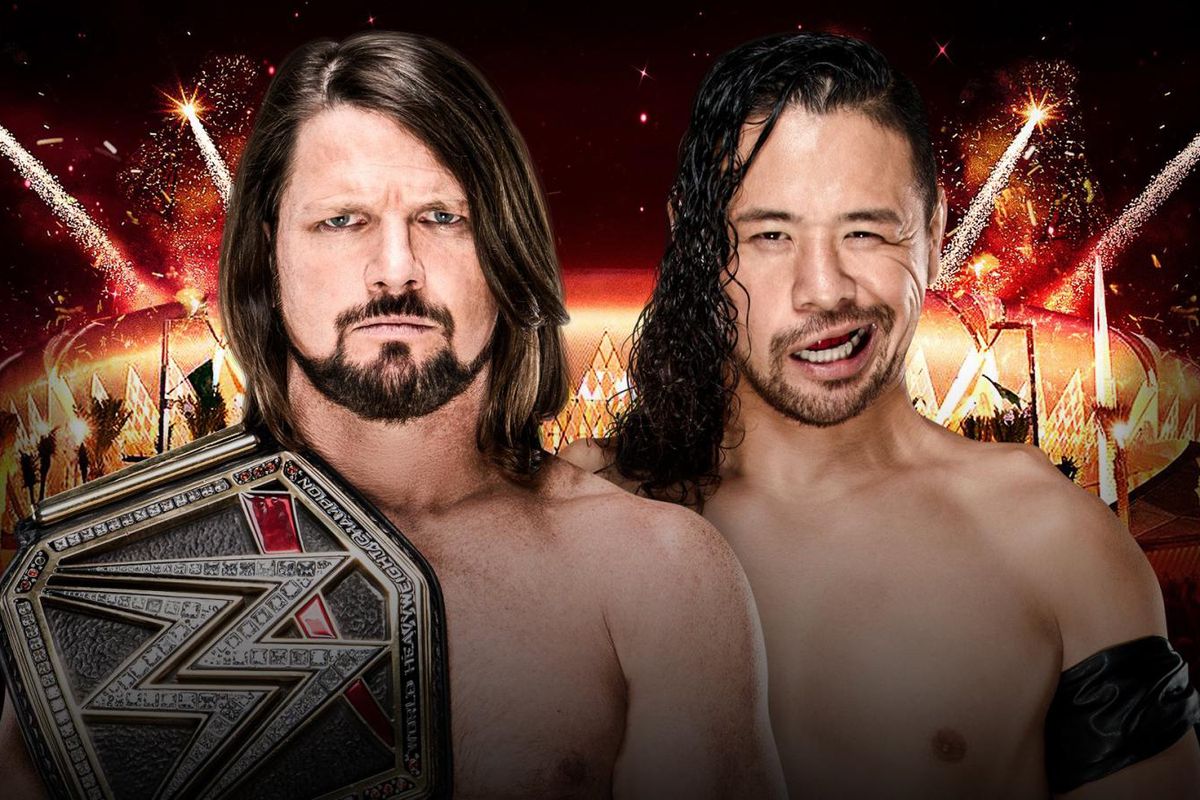 WWE has announced that Shinsuke Nakamura will face WWE Champion AJ Styles with the title on the line at the Greatest Royal Rumble event later this month.

In other news on the big event, WWE has confirmed that Bray Wyatt will not be in the 50-man Royal Rumble match as he and Matt Hardy will be facing The Bar. They have also confirmed Chris Jericho for the match now that Rusev has been added back to the Casket Match with The Undertaker. As Raj noted earlier, Kane has also been removed from the Rumble match, possibly due to commitments related to his bid for Mayor of Knox County, TN.

The Greatest Royal Rumble event takes place on Friday, April 27th from Jeddah, Saudi Arabia. The show will air live on the WWE Network. Below is the updated confirmed card:

Ladder Match for the WWE Intercontinental Title
Samoa Joe vs. Finn Balor vs. The Miz vs. Seth Rollins

Casket Match
The Undertaker vs. Rusev