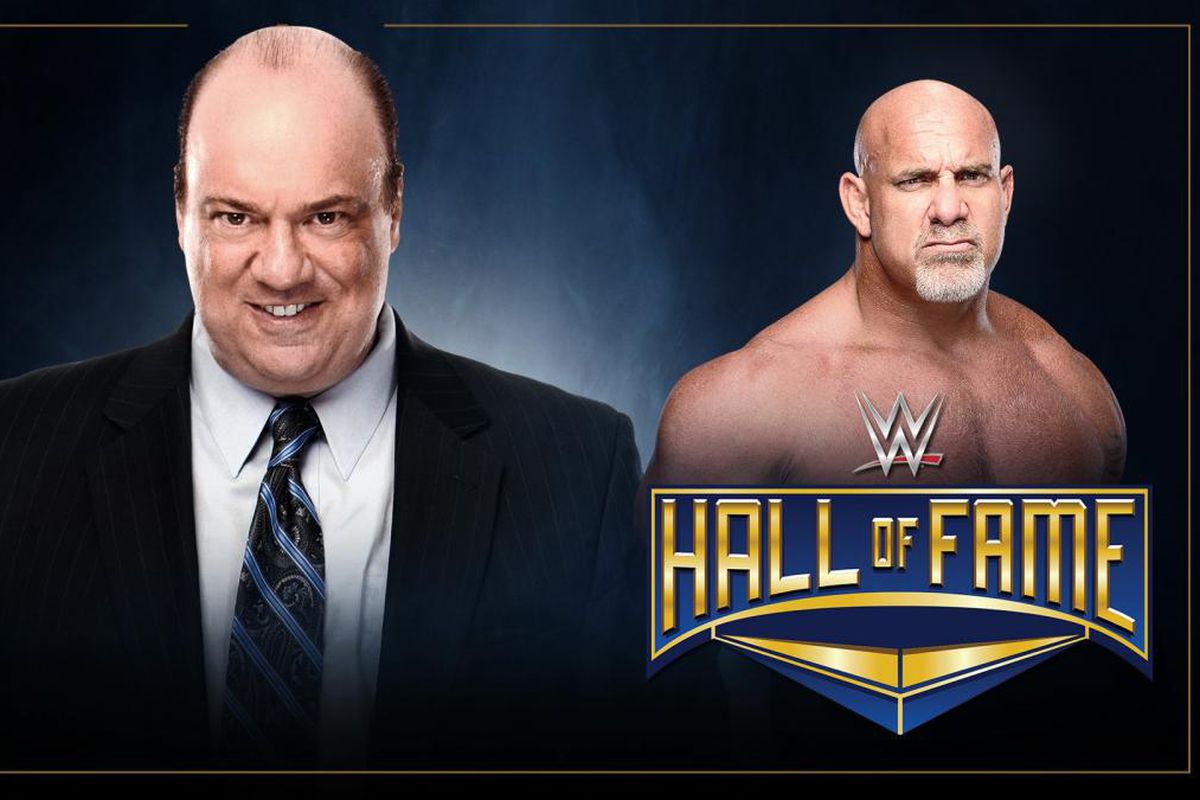 Paul Heyman has been at ringside for some of Goldberg’s most intense battles in the squared circle. Now, Brock Lesnar’s advocate will be the person who inducts the former WCW, World Heavyweight and Universal Champion into the WWE Hall of Fame during the 2018 Induction Ceremony on Friday, April 6, during WrestleMania 34 Week.

Heyman had a bird’s eye view of the type of carnage Goldberg could create inside the ring when he returned in 2016 to challenge Lesnar to a Mega Match at Survivor Series in Toronto. He was stunned when Goldberg bulldozed through The Beast in under two minutes to win his first match in 12 years. Heyman also witnessed the demolition derby for the Universal Championship between Goldberg and his client on The Grandest Stage of Them All at WrestleMania 33 last year. Though Goldberg was not victorious on that night, he certainly made a major impression on Lesnar and his advocate.

Heyman is never one to pull any punches or mince words. What will he have to say when he presents Goldberg to the WWE Universe to receive sports-entertainment’s highest honor? Find out during the 2018 WWE Hall of Fame Induction Ceremony, streaming live on WWE Network Friday, April 6, at 8 ET/5 PT!

Tickets for the 2018 WWE Hall of Fame Induction Ceremony at the Smoothie King Center in New Orleans are available now.