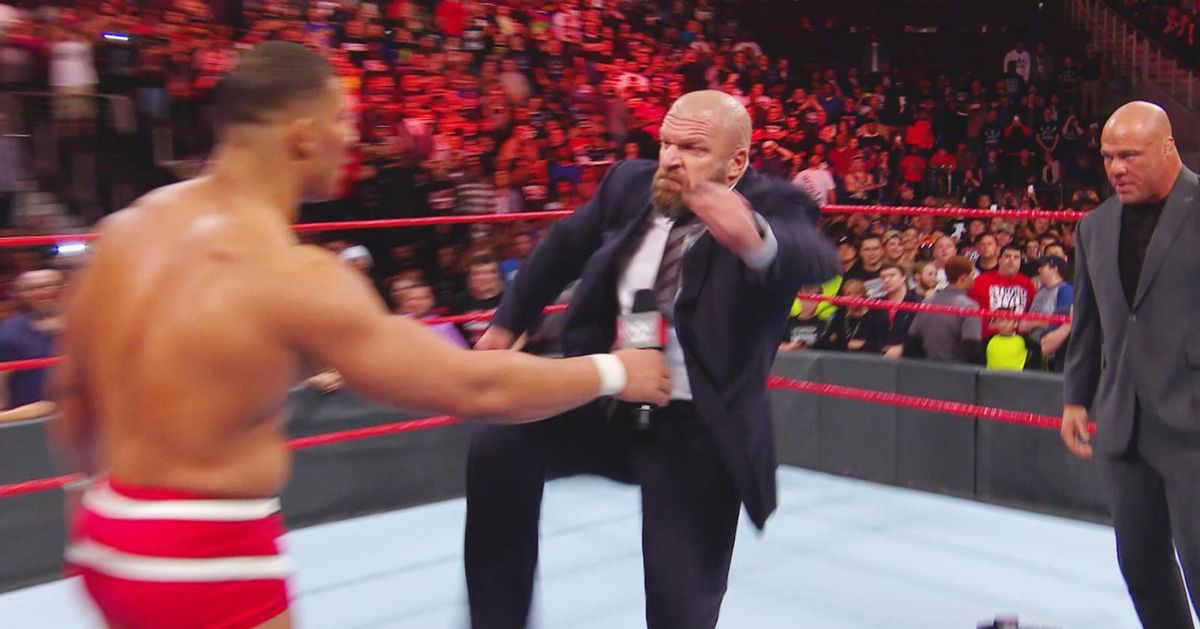 On last night’s WWE RAW there was an injury angle during Jason Jordan’s win over Bray Wyatt, used to write Jordan off the WWE Survivor Series pay-per-view card for Sunday. Wyatt injured the knee of Jordan during the match and later furthered the injury in a post-match attack. RAW Team Captain and General Manager Kurt Angle later removed Jordan from the match and was about to name a replacement when he was interrupted by Jordan, who pleaded with Angle not to replace him. Stephanie McMahon came out onto the stage and told Angle to make the announcement and then Triple H, came out and named himself as the fifth member of Team RAW. Triple H then hit Jordan with a Pedigree.