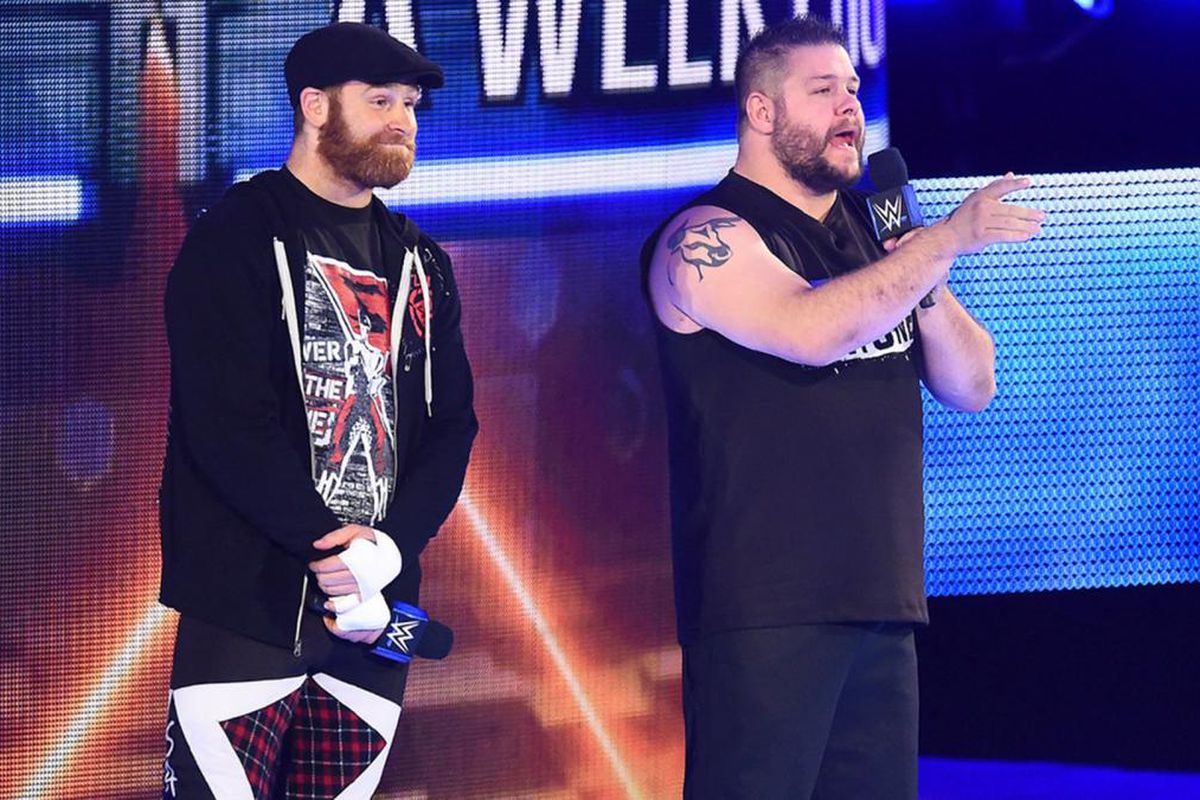 Pro Wrestling Sheet has learned Kevin Owens and Sami Zayn went against a creative directive given to them before SmackDown Tuesday night and was told it contributed to them being sent home.

Multiple sources tell PWS that Sami and Kevin were supposed to “feed” for New Day following Zayn vs. Kofi Kingston yesterday, but for some reason they didn’t follow directions and left the ring.

The PWTorch glossary of insider wrestling terms defines “feeding” as: “The heel’s role during a babyface comeback where he runs at the babyface only to be repeatedly fended off, with the hope that the series of bumps by the heel will generate positive fan heat for the babyface.”

Owens hit the ring as soon as the match ended and attacked Kofi as planned. However, he and Sami quickly bailed from the ring. New Day then stood waiting, same for the sound crew who didn’t play anyone’s music, and the segment ended awkwardly when the two wrestlers seemingly went off script by not taking their planned beating afterward.

Multiple sources reached out to PWS, saying the duo have been slightly difficult to work with lately and seem unhappy backstage.

It’s worth noting that they were both close with recently fired writer Jimmy Jacobs and Neville (who hasn’t been heard from since walking out).

Sami and Owens were told to leave the arena, go back to the hotel and fly home. They are off the current tour but everything else is up in the air. They could be back for Tuesday’s SmackDown but nothing is official other than their status for the current tour.

There’s no word yet on what was planned for Sami and Owens at the November 19th Survivor Series pay-per-view but it’s believed that The New Day will be facing The Shield’s Roman Reigns, Dean Ambrose and Seth Rollins. Stay tuned for updates on their status.