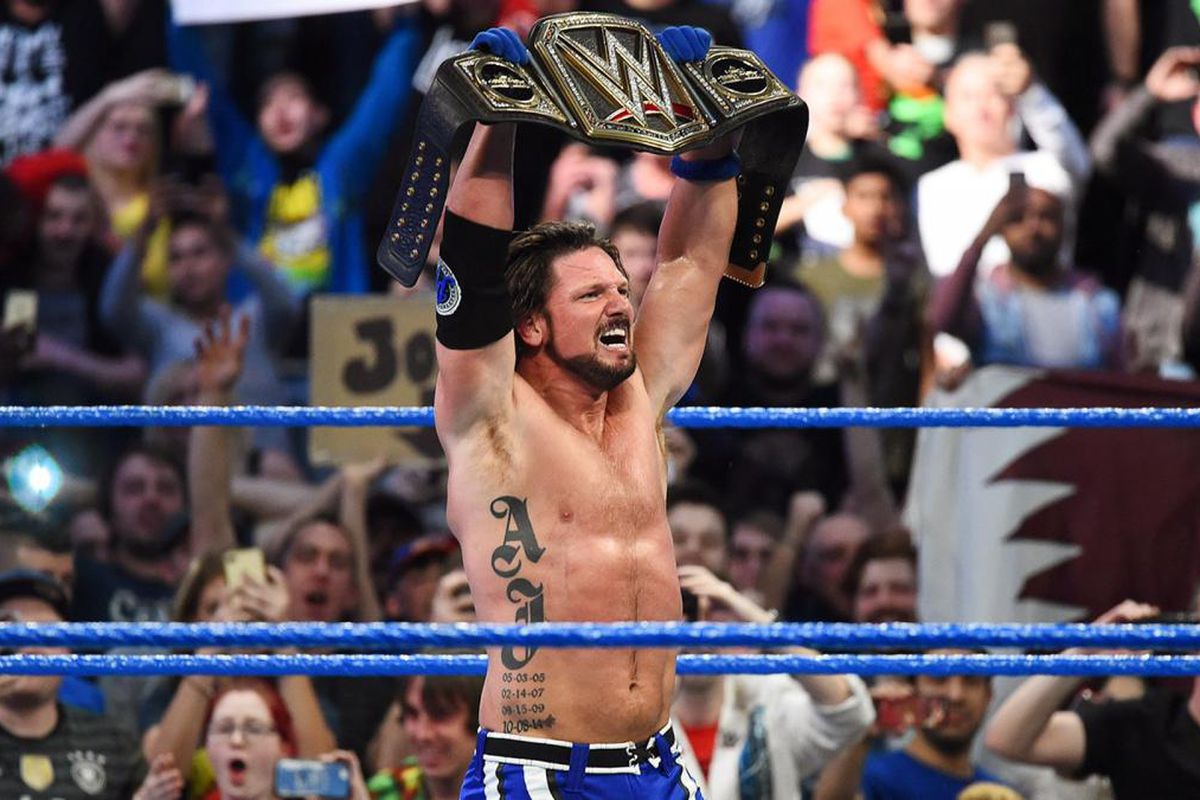 AJ Styles defeated Jinder Mahal to become the new WWE Champion on last night’s SmackDown Live from Manchester, England. This was the first time that the WWE Title has changed hands outside of North America.

Styles is now a two-time WWE Champion. Jinder won the title back on May 21st at WWE Backlash by defeating Randy Orton.