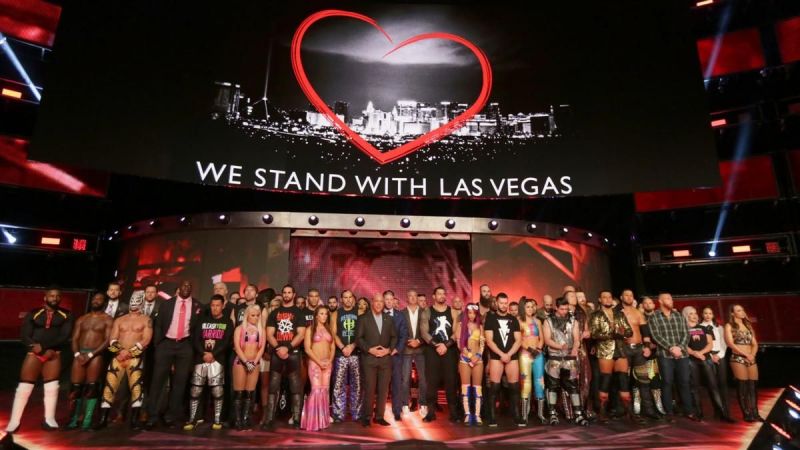 Monday night’s RAW opened with a moment of silence for the victims of the shooting in Las Vegas on Sunday night. Vince McMahon, Shane McMahon along with the entire RAW roster was out on the stage to honor the victims.

WWE repeated what they did on RAW, opening SmackDown Live with a moment of silence for the Las Vegas shooting victims.