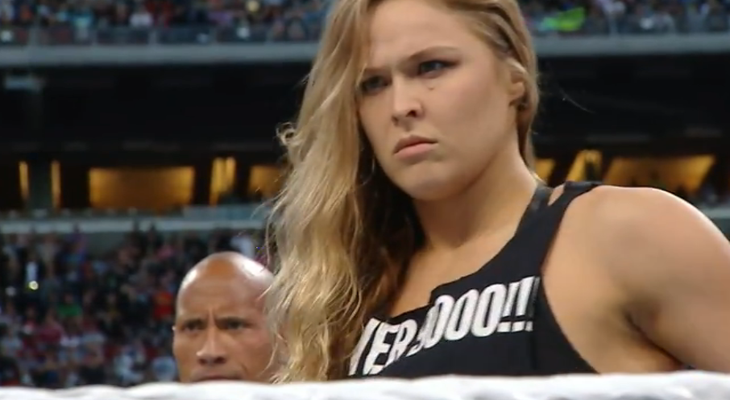 It was previously reported that Ronda Rousey is reportedly interested in a WWE run, and that she was referred to Brian Kendrick for training. The Wrestling Observer Newsletter confirms the initial reports and that she has been working with Kendrick. With Shayna Baszler participating in the Mae Young Classic, Jessamyn Duke also training and Marina Shafir being introduced on NXT as Roderick Strong’s girlfriend, it looks like they will do a Horsewoman vs. Horsewoman feud. But the end game will be to get a singles match out of Rousey at WrestleMania. The original idea was always Rousey vs. Stephanie McMahon in a singles match after the 2015 angle at WrestleMania in Santa Clara.