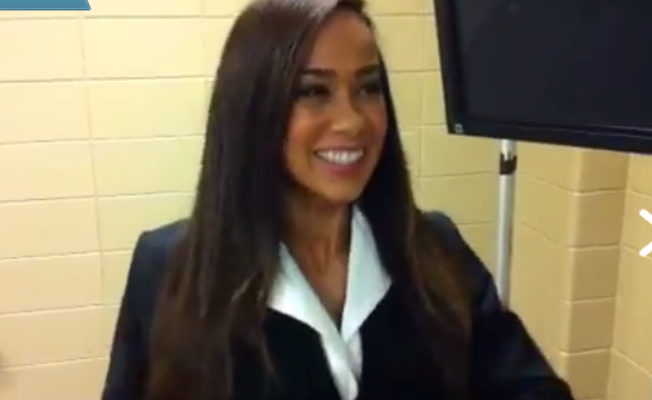 The new Raw general manager AJ Lee used TOUT 2 separate times during Raw last night. Once during the show and again after it went off the air. AJ says she is going to be “most social media friendly GM in WWE history”

In her first TOUT message AJ makes reference to the fire that happened before the broadcast saying that it was “appropriate” considering it was her first night as Raw’s general manager. She added that she was pretty proud of herself.

In her second and final TOUT posted after the show she asked the WWE universe what they thought of her announcement for the WWE championship at Summerslam.